The Glorious Sons – A War On Everything and JJ Wilde – Ruthless

A little about me…

I’m a recording/mixing engineer and music producer, based out of Toronto. I’ve been working in the industry professionally since 2007, starting as a staff engineer at Metalworks Studios, becoming head engineer of the facility, and working as a freelance Producer/Engineer/Mixer since 2014. I recently had the honour of working as an engineer on two Juno Award-winning albums: The Glorious Sons A War On Everything and JJ Wilde Ruthless, which both won Rock Album of the Year awards in 2020 & 2021, respectively.

My main goal in working with an artist is to bring their vision to life through the recording process. I want to bring out their musicality and their best performance. I take a musical approach to recording, while still working to keep a high standard sonically. I’m a musician myself – I love working on songs, sounds, parts and arrangements with an artist, to help elevate their work and creative vision. It’s all about the song, the vibe, and capturing a great performance.

I have a lot of experience recording and mixing both analog and completely digital (“In The Box”) and everything in-between; from full band live off the floor recording, to production/synth-based music. I mix primarily on a hybrid setup (Pro Tools & plugins, summing mixer, and some choice analog outboard gear), and I have many years of experience recording and mixing on large format analog consoles as well. 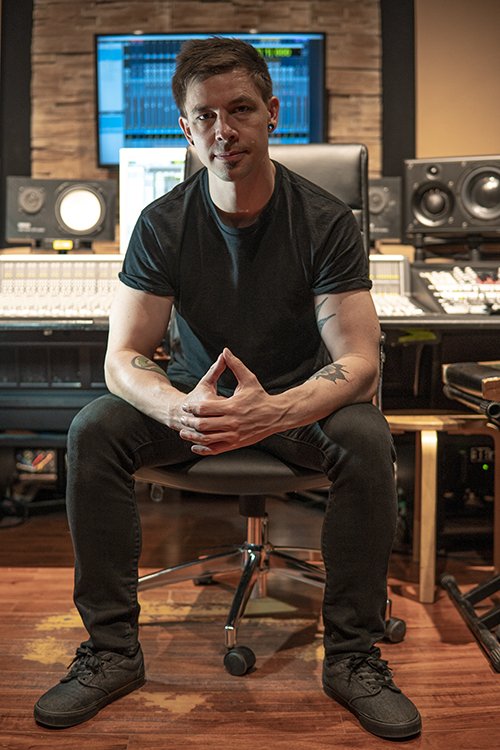 Between the Buried and Me

(Mix with the Masters session)

(The Killers, Imagine Dragons, The Arkells)

(The Cranberries, Blur, The Smiths)